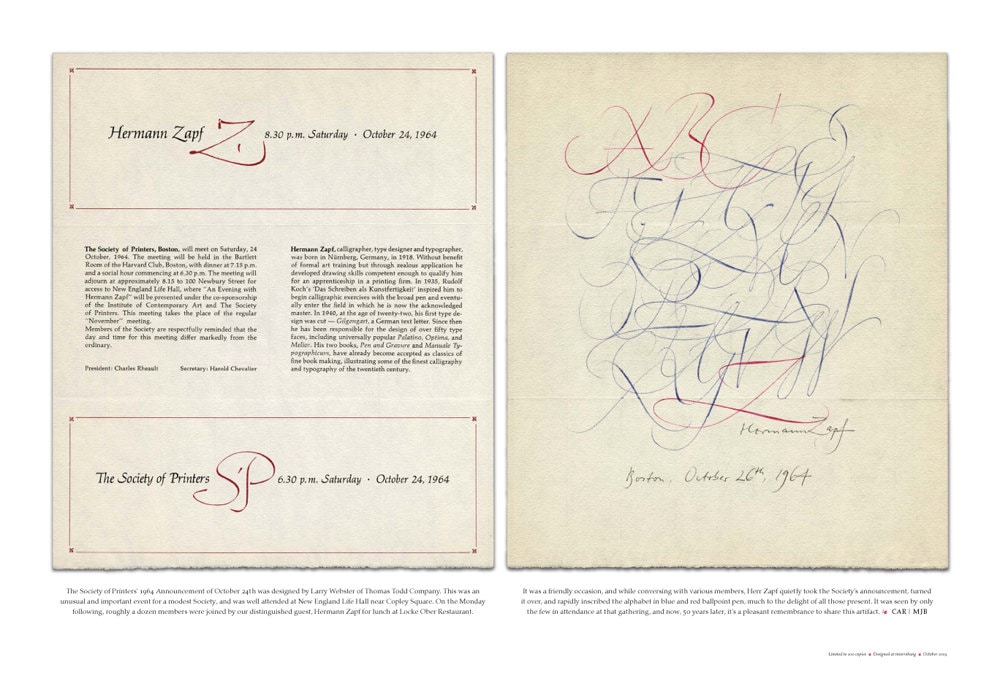 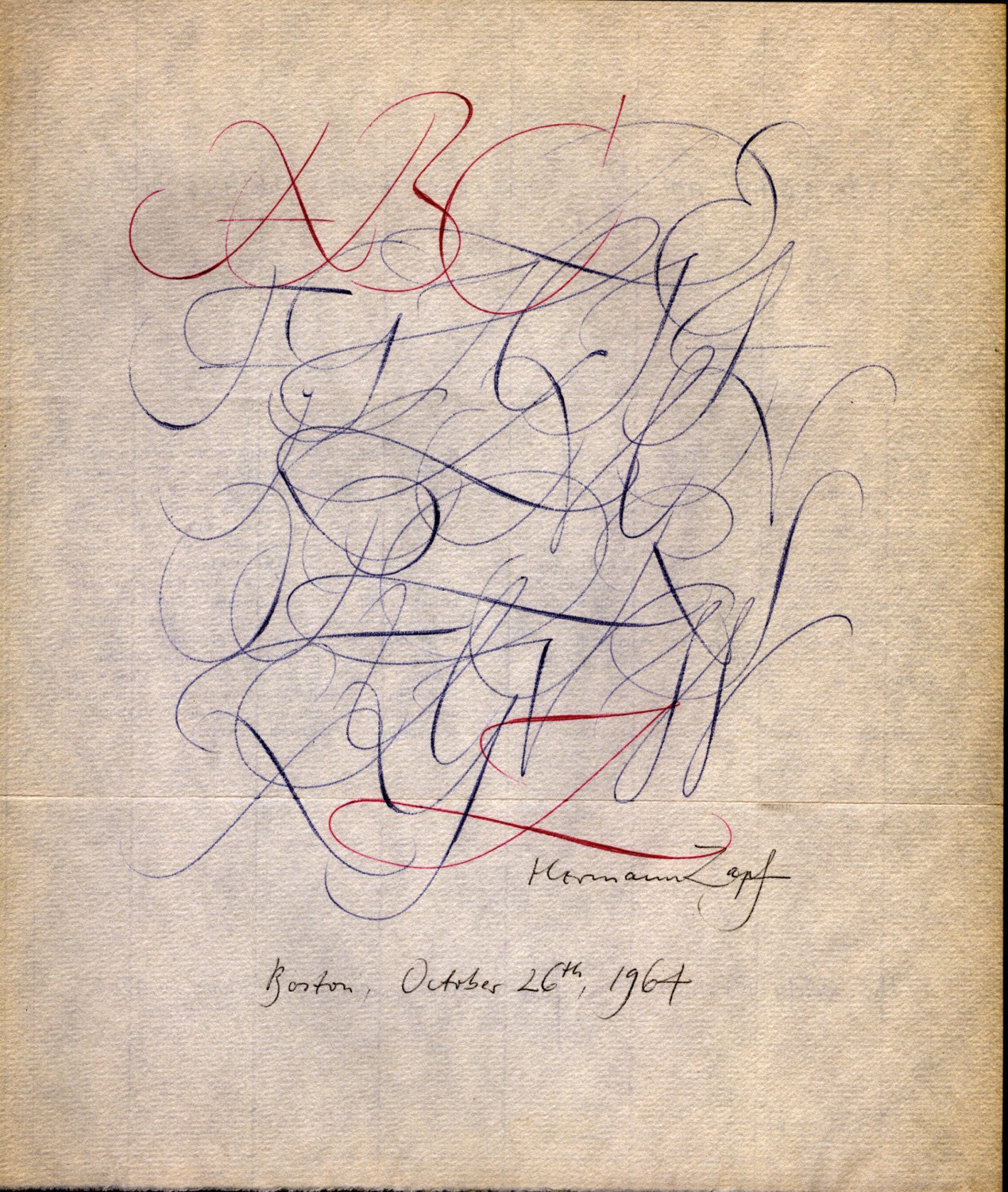 Back Story: Summer 2014, in assisting an elderly member of the Society of Printers to clear his library, and while going through stacks of books and paper, we found an envelope marked simply: "Zapf", containing a pleasant surprise. In it, a copy of the October 1964 SP invitation to a talk and exhibit opening by the masterful calligrapher and type designer Hermann Zapf.

On the back of the invitation, in red and blue ballpoint pen, and as recounted by my old friend, Zapf had in the course of lunch conversation two days after the opening, quickly dashed off the all-cap alphabet, signed and dated it in black ball point.

Asking what his plans were for this little gem, my friend stated that his plan 50 years ago had been to produce a keepsake for the Society. If I agreed to follow through with his original intent, I could have the work.

So I did. Pictured here is the invitation on the left, and the right, the reverse side with Hermann Zapf's "parlor trick". Below are a few words by my old friend, Charles A. Rheault, Jr., recounting the occasion – set in Zapf's Palatino.

200 keepsakes were produced for the 50th anniversary of Zapf's visit to Boston and the Society of Printers. A few copies were distributed to members of the Society November 2014, and it is now offered here for the first time to the public.

Thank you for your interest. Your patronage allows me to continue to practice my craft using traditional methods.

I'll do my best to meet these shipping estimates, but can't guarantee them. Actual delivery time will depend on the shipping method you choose.

Ship items back to me within: 14 days of delivery

I don't accept returns or cancellations

But please contact me if you have any problems with your order.

The following items can't be returned or exchanged

Because of the nature of these items, unless they arrive damaged or defective, I can't accept returns for:

0 items in your cart