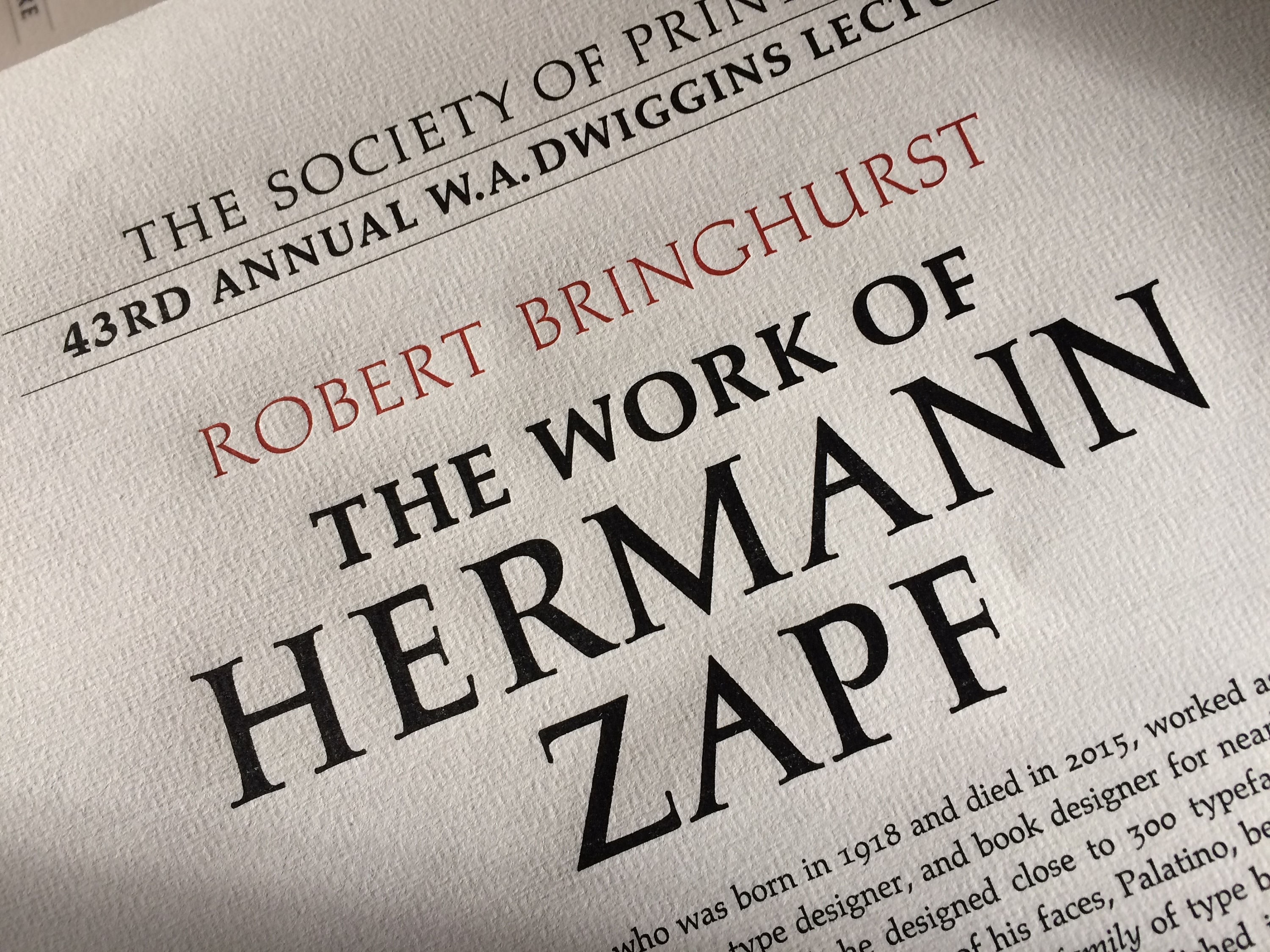 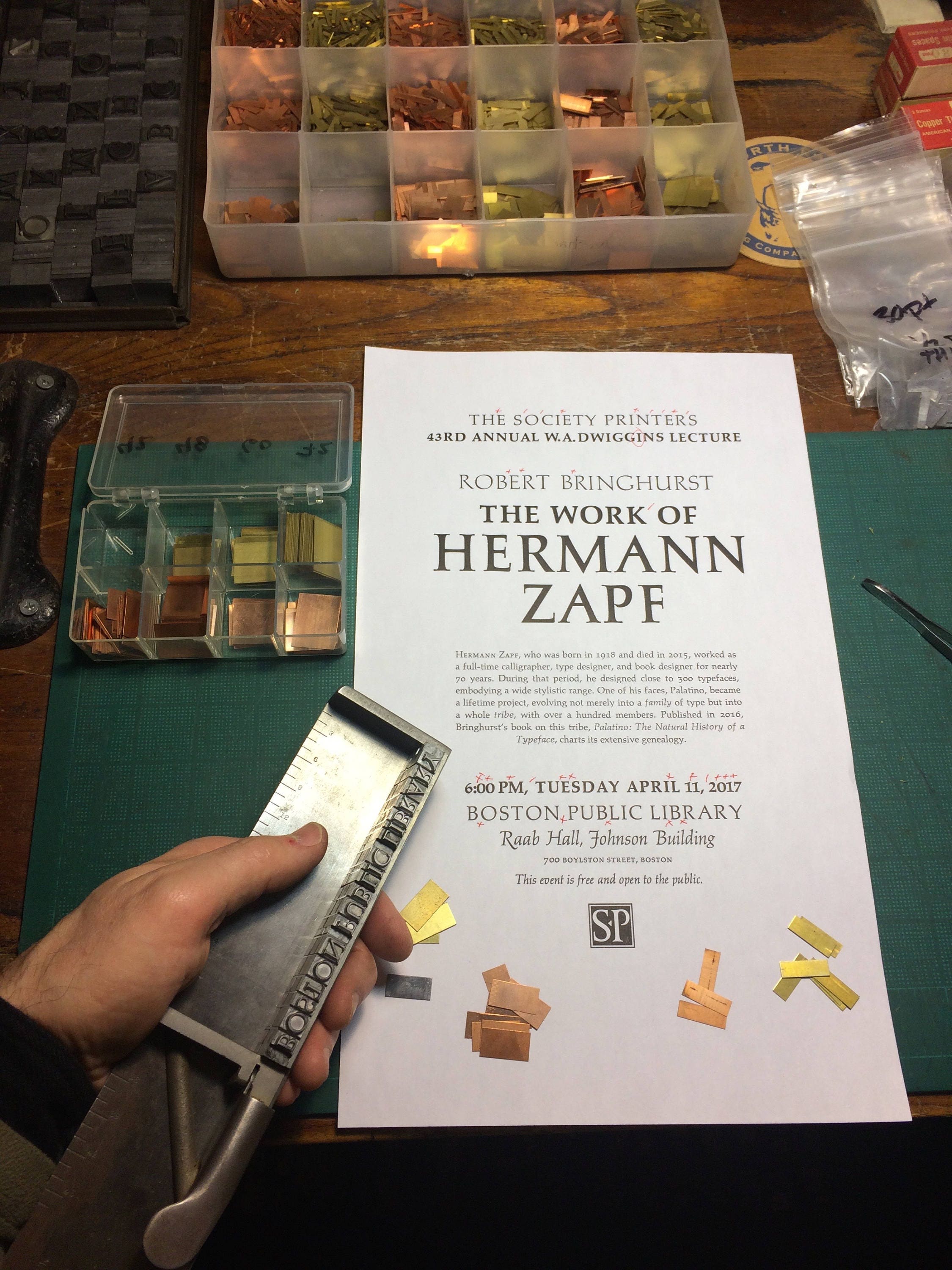 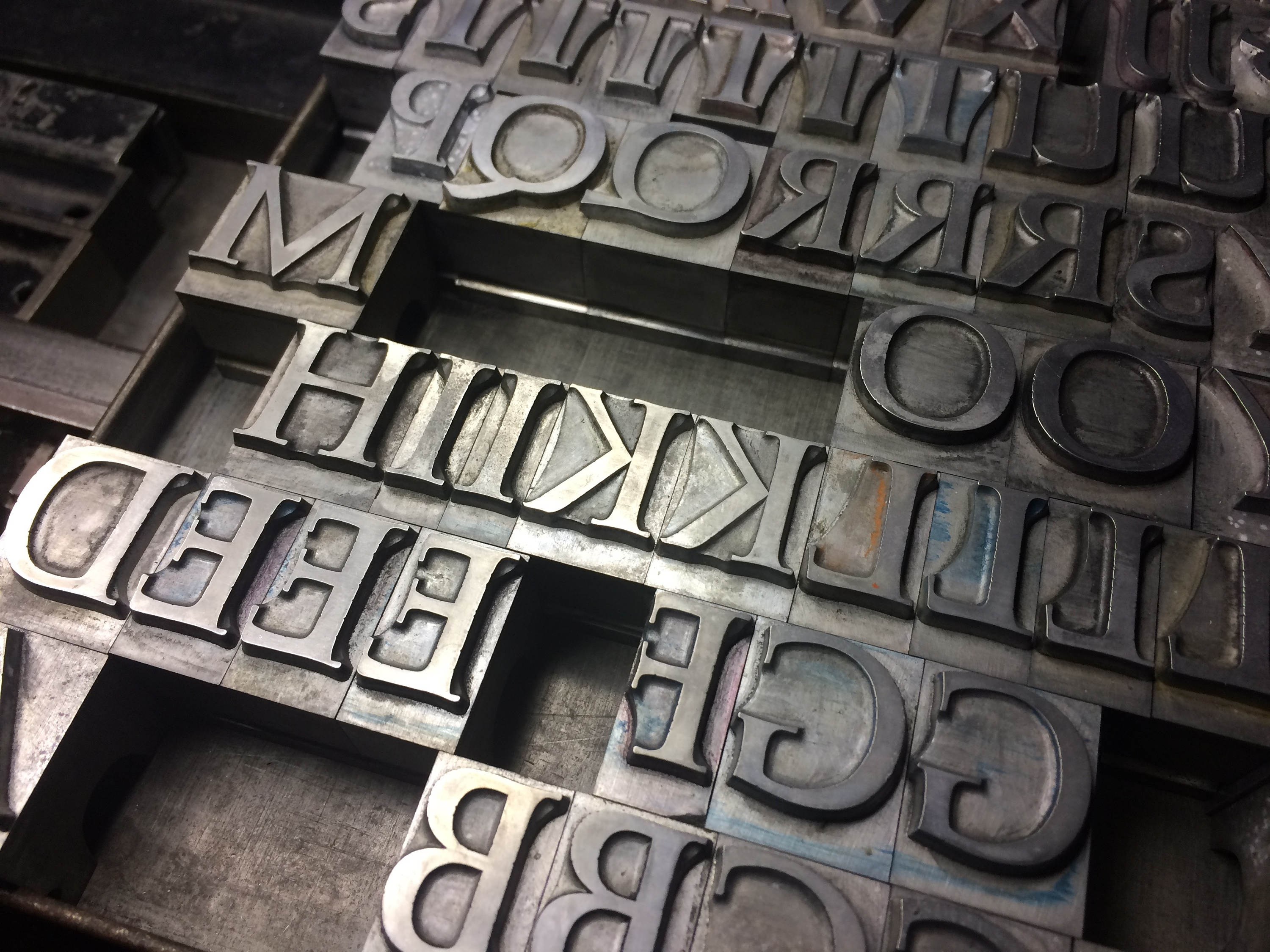 Designed and printed for the Society of Printers 43rd Annual WA Dwiggins Lecture at the Boston Public Library, April 11, 2017.

In order down the sheet:

Designed and printed pro bono in two colors on half-sheets of Hahnemühle "Ingres".

Printed letterpress in three colors on half-sheets of Hahnemühle "Ingres" with three deckle, and one cut edge, and a subtle antique "laid" texture.

When the press run was complete, the type was distributed. This edition is strictly limited to 50 copies.

170 copies were folded in half and mailed to members of the Society in 10x13 envelopes and duely mangled by the USPS.
50 copies were retained unfolded, signed lower right by Robert Bringhurst and myself, and the edition numbered.

Thank you for your interest. Your patronage allows me to continue to practice my craft using traditional methods.

I'll do my best to meet these shipping estimates, but can't guarantee them. Actual delivery time will depend on the shipping method you choose.

Ship items back to me within: 14 days of delivery

I don't accept returns or cancellations

But please contact me if you have any problems with your order.

The following items can't be returned or exchanged

Because of the nature of these items, unless they arrive damaged or defective, I can't accept returns for:

0 items in your cart